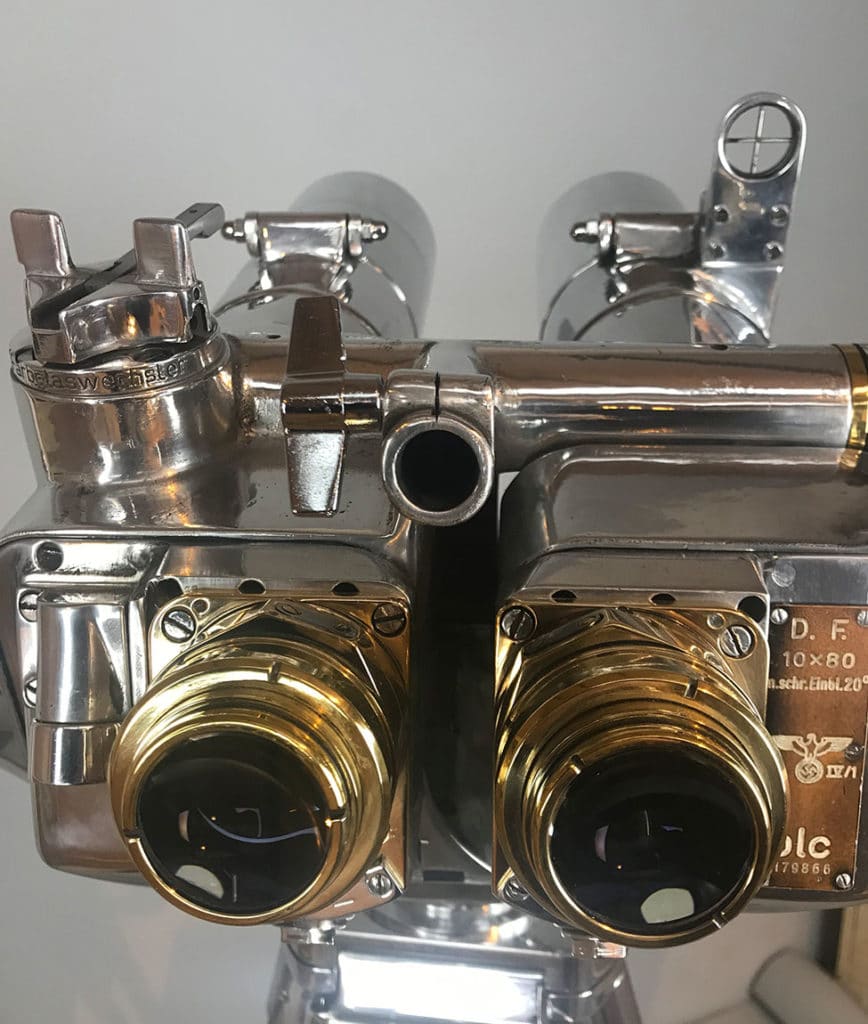 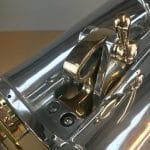 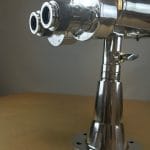 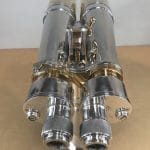 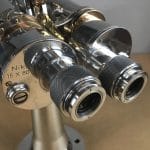 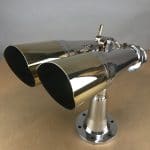 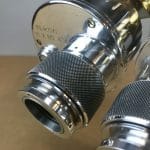 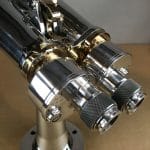 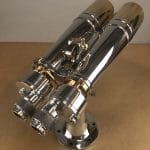 A pair of German ex-Navy observation binoculars mounted on a modern aluminium cradle and gimble with vintage adjustable wooden tripod. These binoculars are the creme de la creme of World War II optics.

The dimensionality of the picture is unbeatable. This pair clearly demonstrates why Carl Zeiss is known as the preeminent lens-maker. These were used defensively by the German Navy, and are very rare due to the fact that most found their fates at the bottom of the sea.

As with all our binoculars, these have been hand polished to illuminate the original steel and brass metals. These are the most sought-after WWII optics.

Doppelfernrohr 10×80 – 20 ° produced by Carl Zeiss of Jena, circa 1940, destined to the anti-aircraft batteries installed on the warships of the Kriegsmarine. This doppelfernrohr arose from the need to have a view that would allow the detection of enemy aircraft in the distance with extreme readiness and precision.

Thanks to a field of view of 122 meters at a distance of 1000 meters, as well as to the 20 degrees of inclination of the eyepieces (unlike the 80 degrees of the previous version) it was possible to have a pair of binoculars that allowed not only high performance in the visual field, but it gave the operator a more natural observation position, designed to prolong viewing times without getting tired easily.

The binoculars are equipped with a mechanism for the insertion of the two filters (one orange and one dark gray) thanks to which it is possible, both the daytime vision and the vision with poor light conditions. The production of this perfected model began in 1943, due to the pressing German military needs to have an optic that would comply with sighting and detection tasks without causing problems, due to the structural technical quality hitherto found. on the first specimens, which compromised the full functionality of the same in conditions of war use. It was essential the use of a Binoculars on board the ships that had a perfect leak-proof seal and consequent serious fogging of the optics. 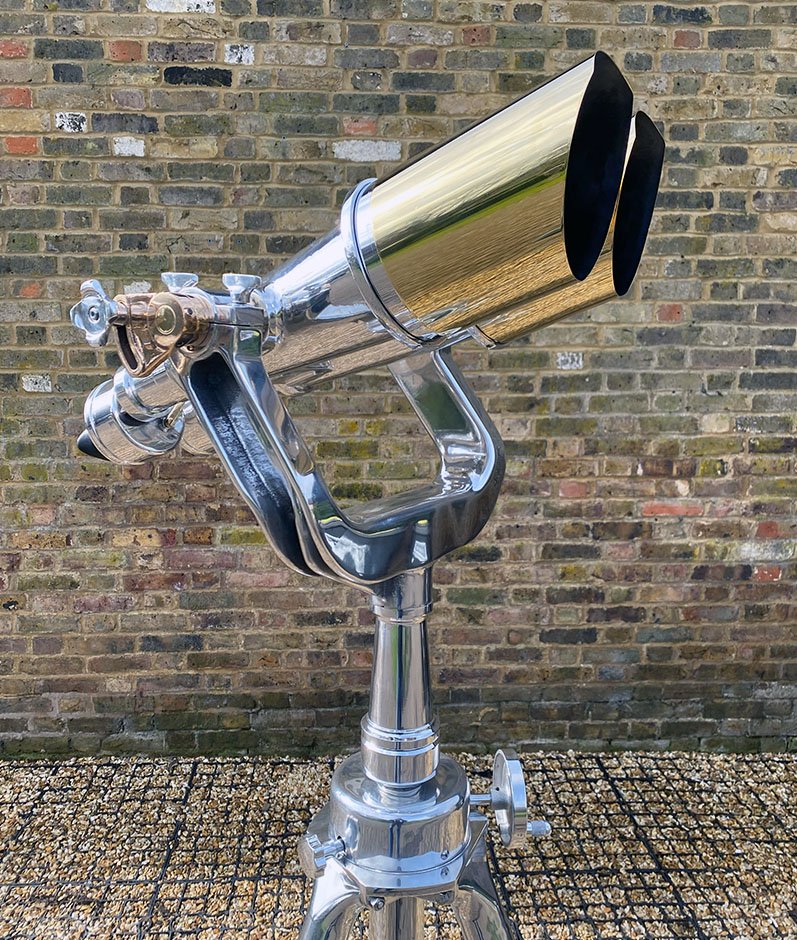 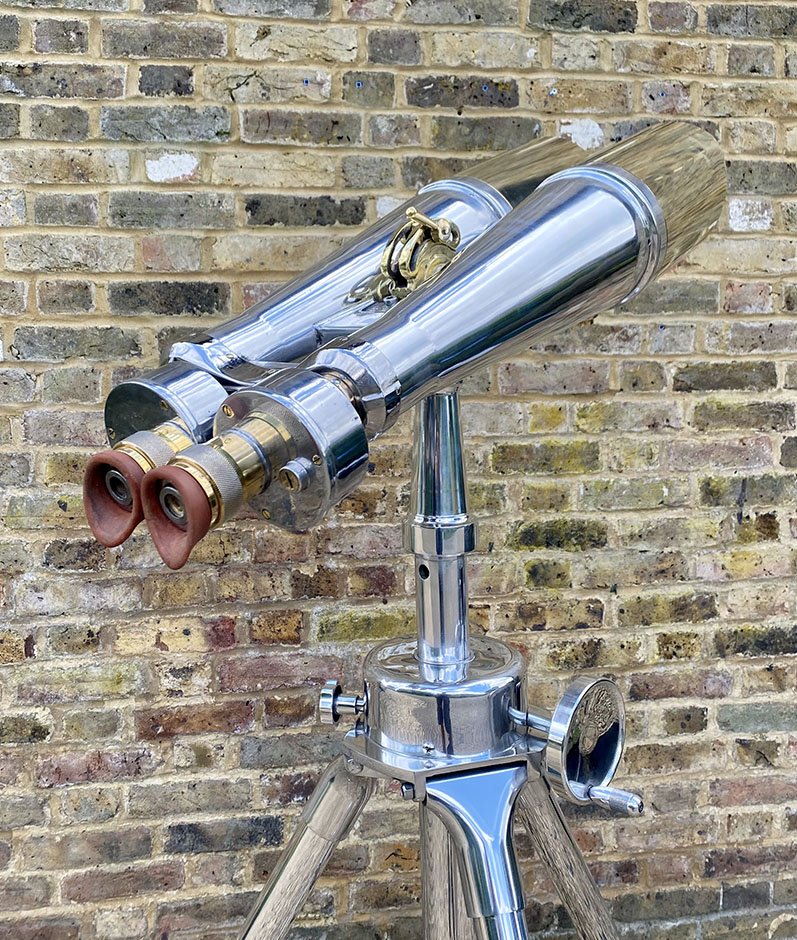 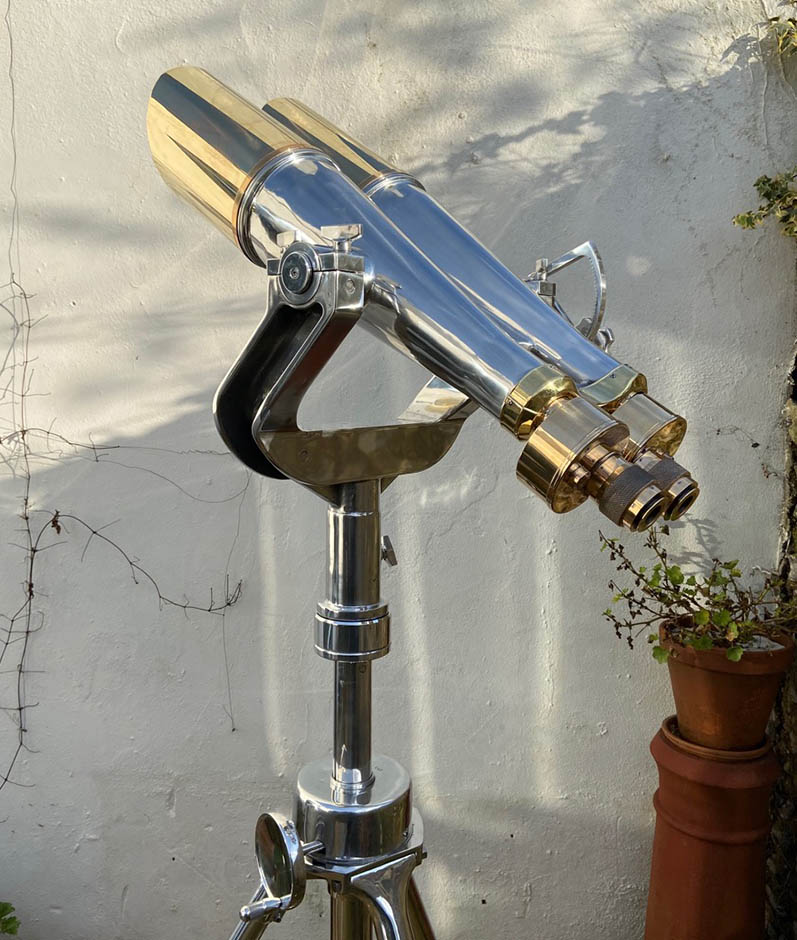