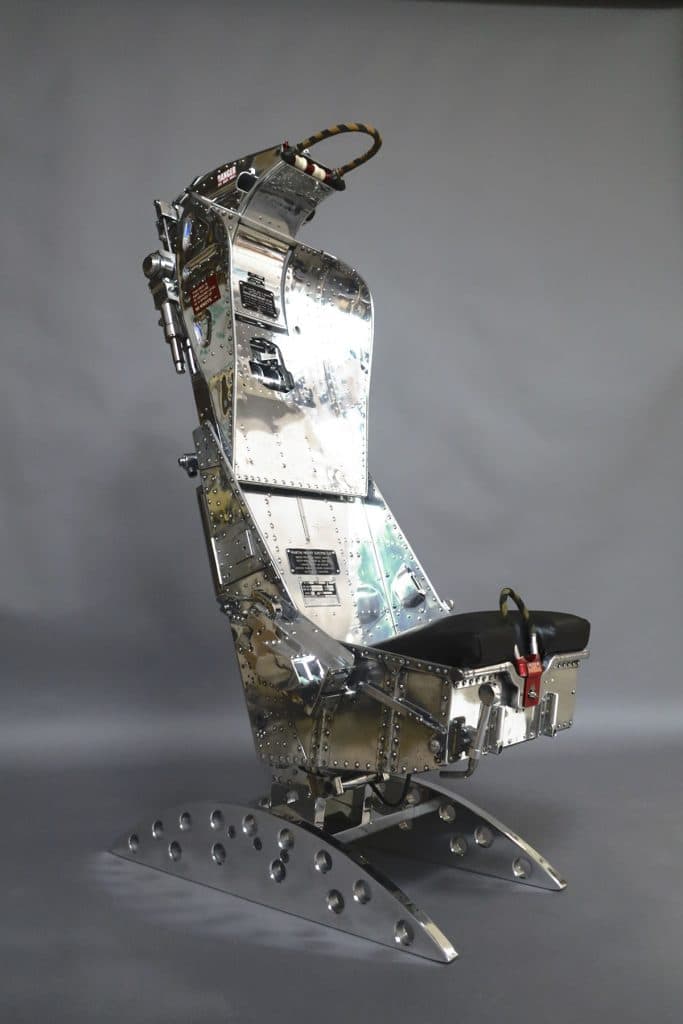 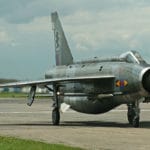 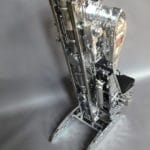 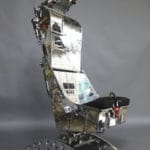 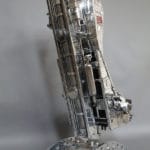 A stunningly detailed, highly polished ejection seat with bespoke leather seat. The height of the seat is electronically adjustable via a switch cleverly hidden with the seats switches.

Manufactured by the Martin Baker Aircraft Company this example is taken from an English Electric Lightning. 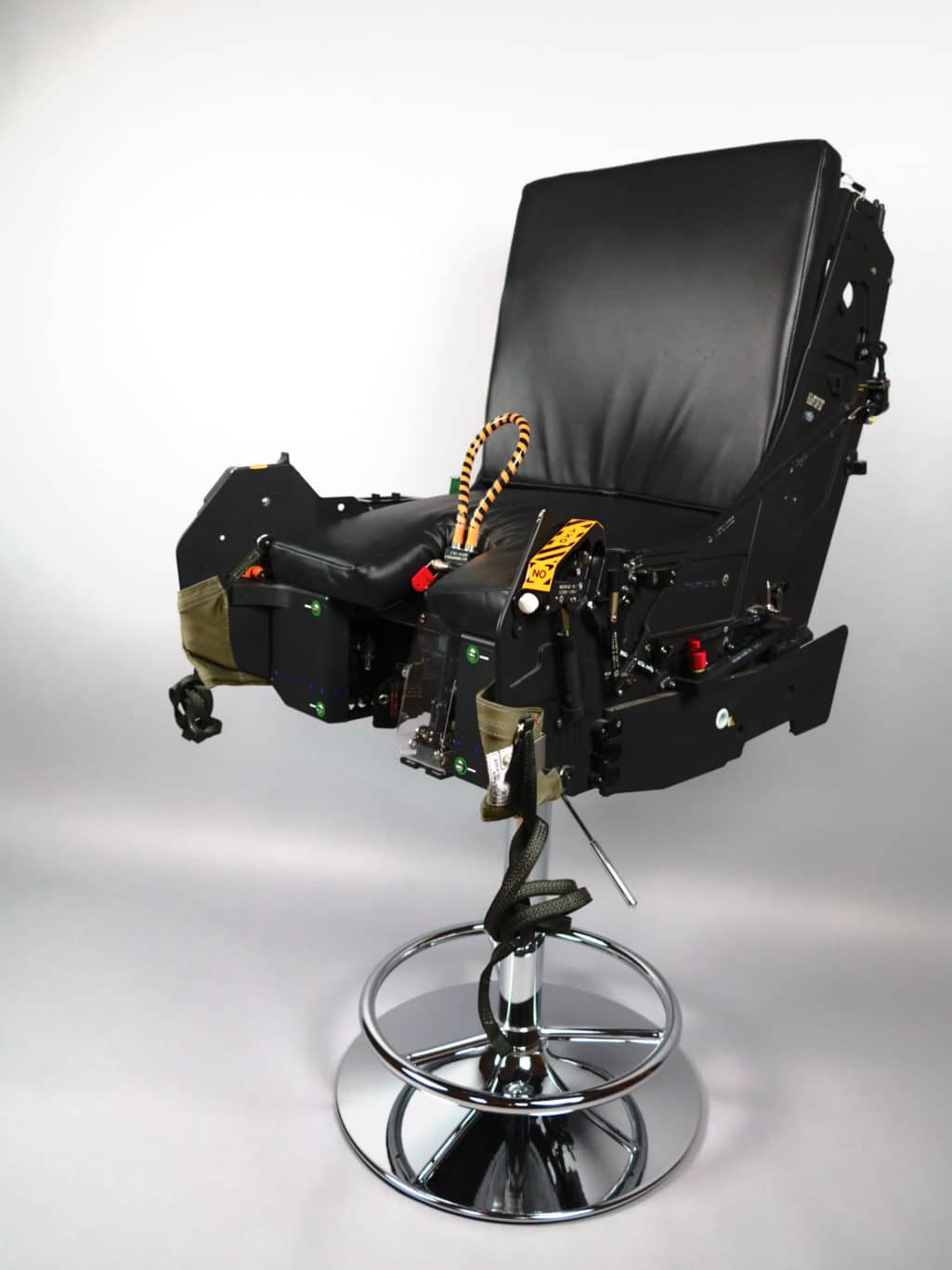 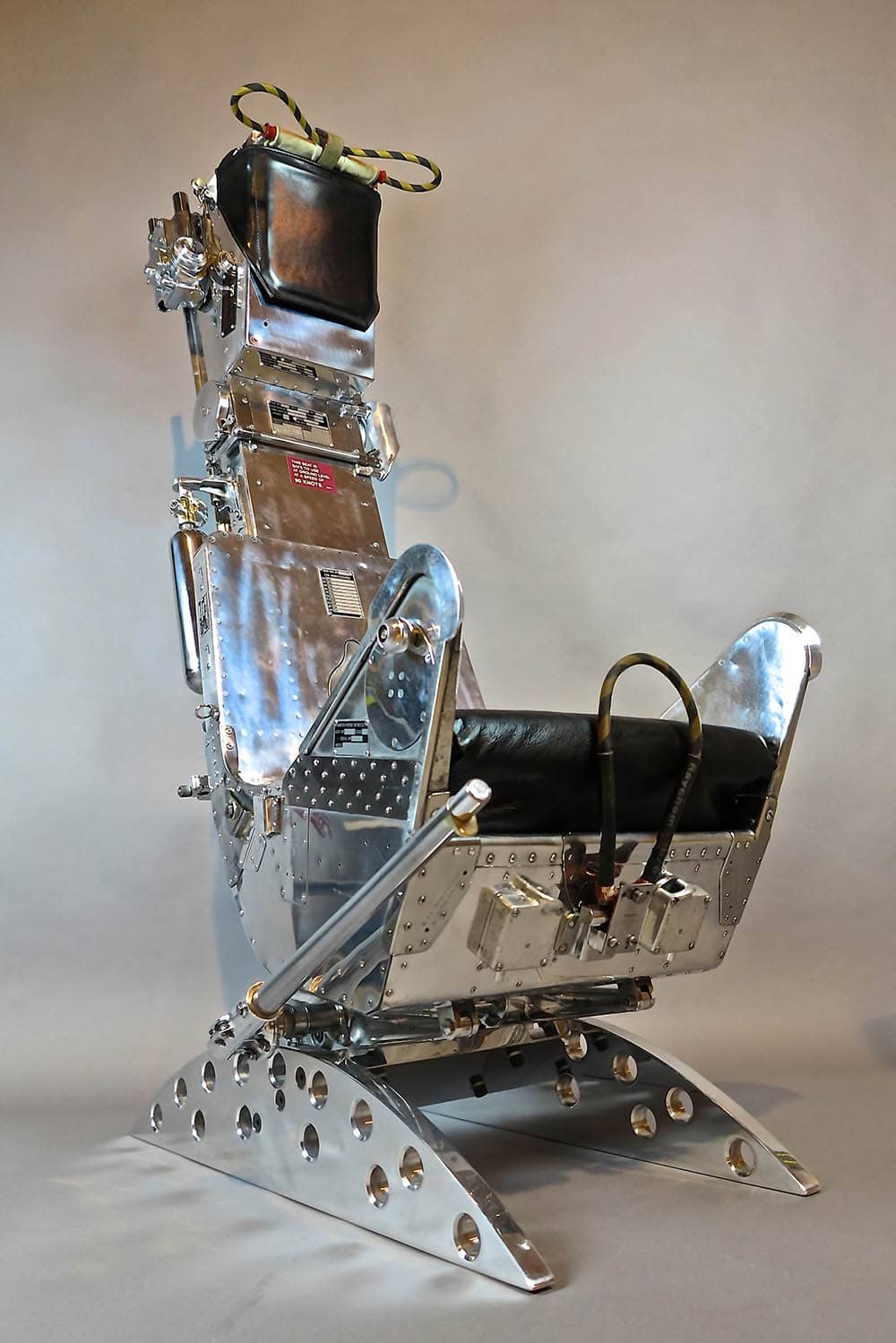 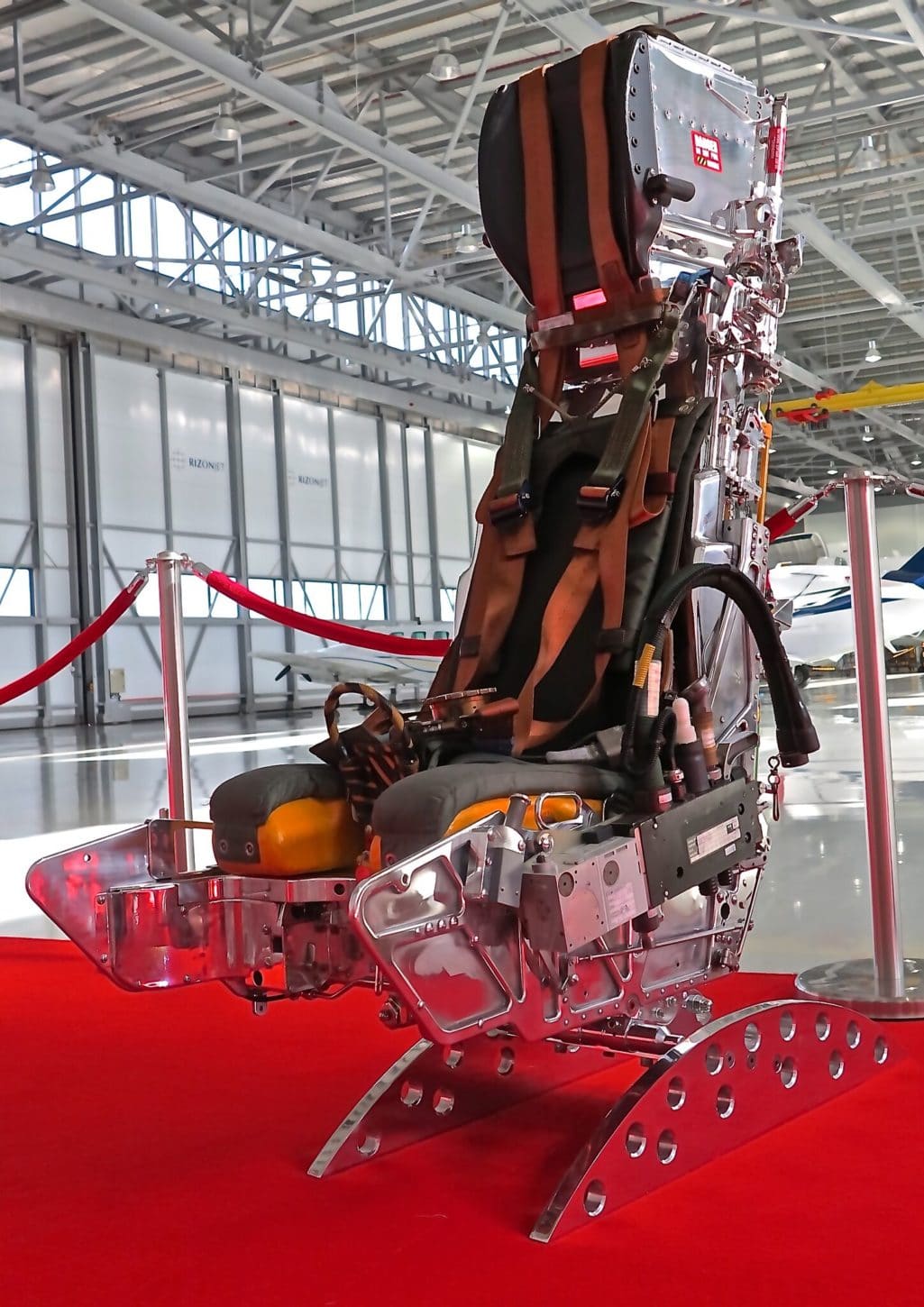 Intrepid design offer this seat retaining the original components, but have highly polished the aluminium components.