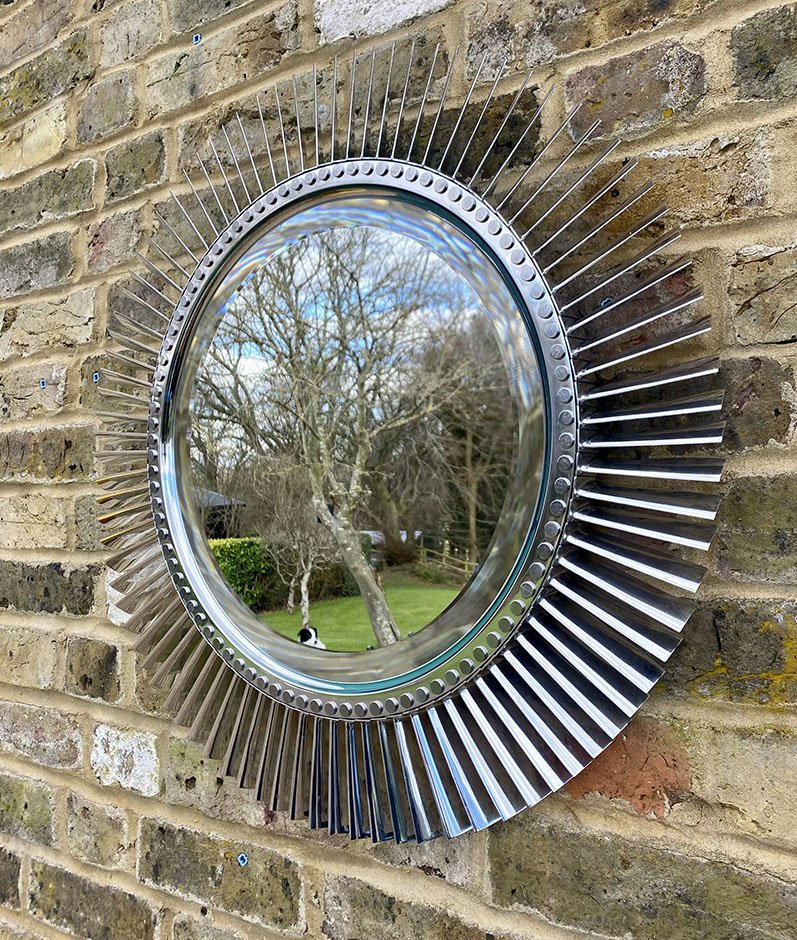 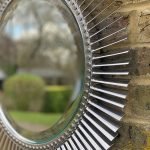 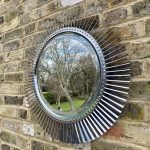 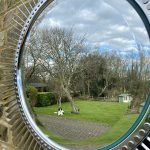 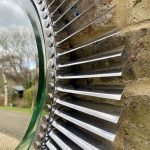 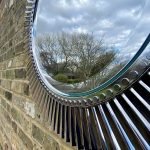 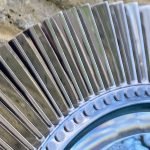 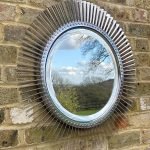 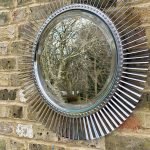 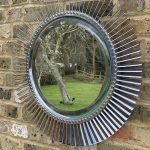 97 brass fans blades individually, mounted in its original hub with a bevel edge mirror fitted to the centre.

Many hours of skilled polishing, have created this unique mirror, looks elegant on its own, the blades beautifully reflecting the surrounding colours. 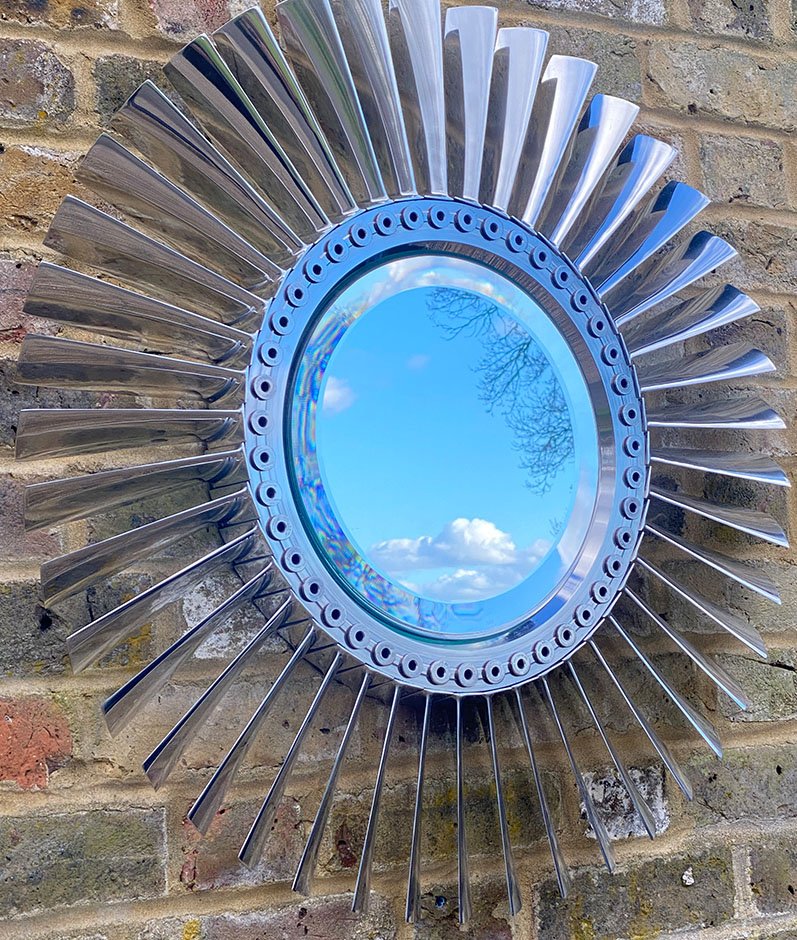 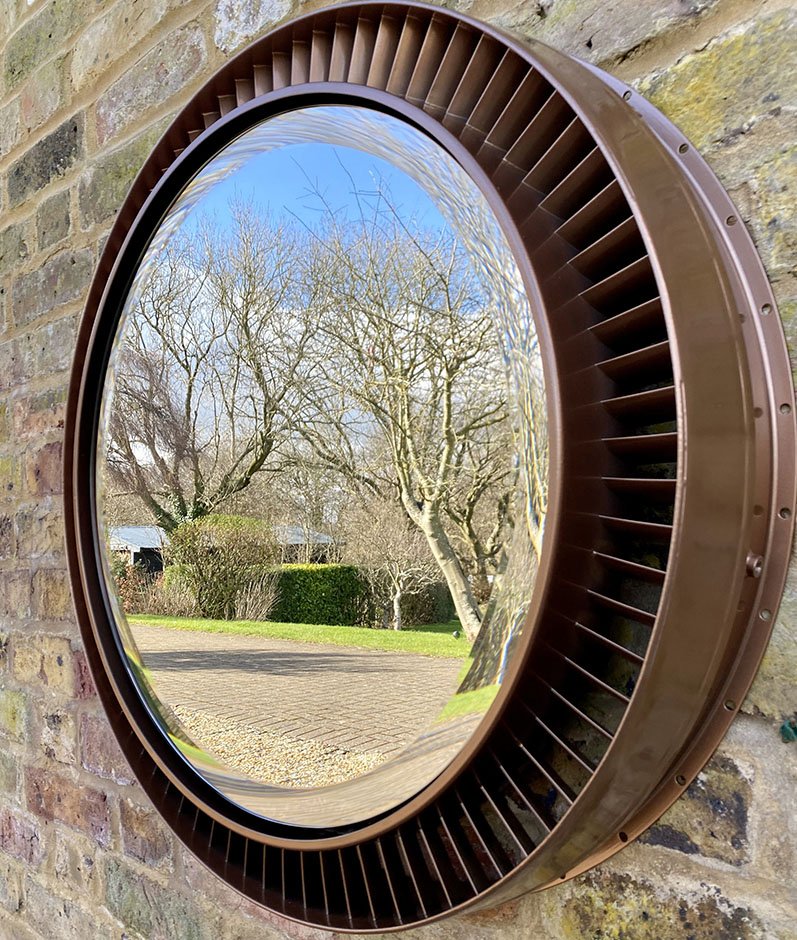 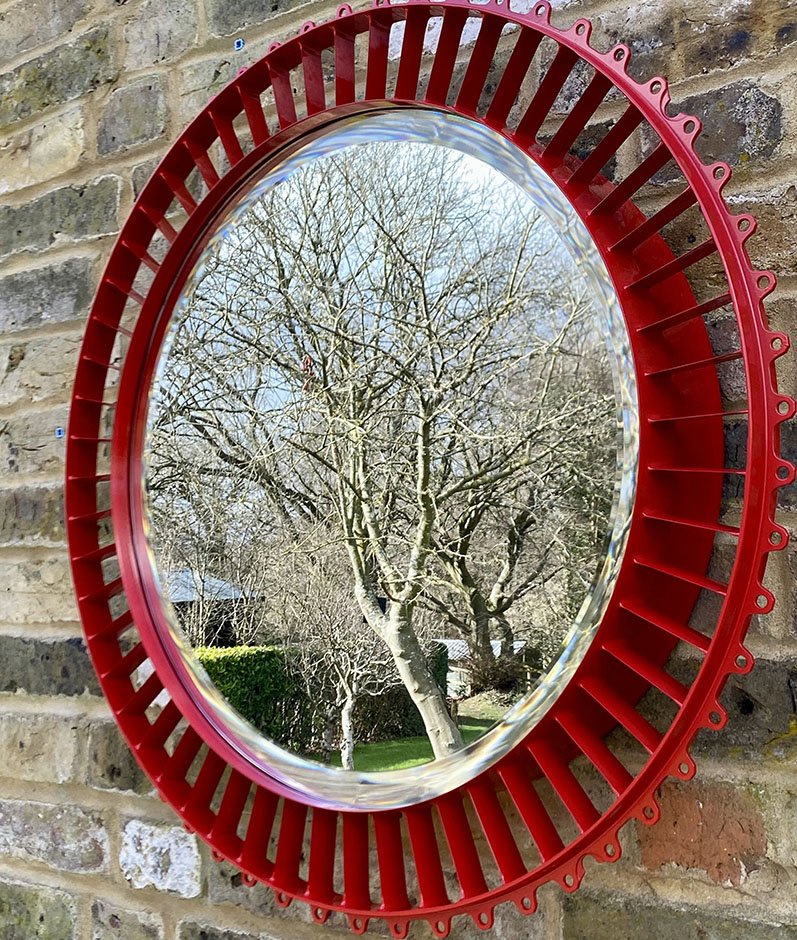